The fate of millions rested on one manApr. 26, 2005Russia, United States88 Min.R
Your rating: 0
0 0 votes
ActionRomanceWar
Torrent/Magnet Download for "The Second Front 2005"


Search Subtitles for "The Second Front 2005"

In the midst of World War 2, intelligence services from England, Germany and Russia collided in a fierce fight for the mind of Nicky Raus, a genius German Jewish scientist who’s developing a weapon of tremendous power. An American agent, Frank Hossom, enters the game when German agents undertake a daring operation stealing the scientist. Frank has to get the scientist back – dead or alive. His mission is complicated by his developing relationship with Olga Ryabina, Nicky’s lover, an actress forced to work for KGB. The love triangle and the international intrigue weave into a deadly net. 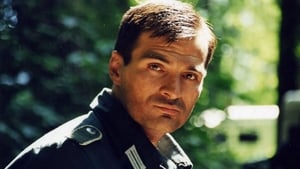